The Creaky Bones, formerly The Virginia Southpaws, was founded in 2016 outside Washington, DC in Northern Virginia.  Founding members Mike Jones and Rich Russman bring a 15 year history of writing and performing with one of DCs longest running Rock bands, The Jones.  They have also released several solo projects, as well as worked on productions for TV, video games, and film music-licensing.

Two 3-song EPs are being released in 2020, written and produced by Mike and Rich, and recorded, mixed, and mastered at Russman’s Bradshaw Studios.  Their sound is centered around all of the main elements of American music, spanning wayward folk, Delta blues, driving rock, R&B, and fusion-esque multi-part compositions.  Mike’s penchant for soul-searching, thought-provoking lyrics is supported by his raspy, cut-throat vocal style, while the duo frequently trade tasteful guitar solos that embody everything they’ve learned from  the greats of the 50s, 60s and 70s.

Stay tuned as The Creaky Bones continue to churn out unique compositions over the coming months, and bring their live sound to your area.

Some Past Show Posters 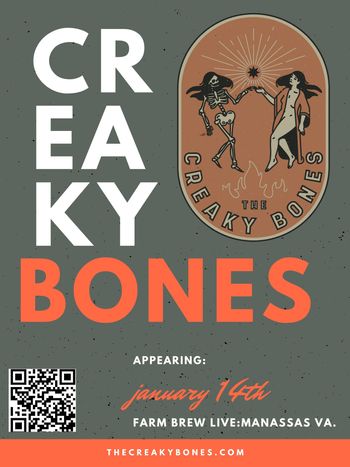 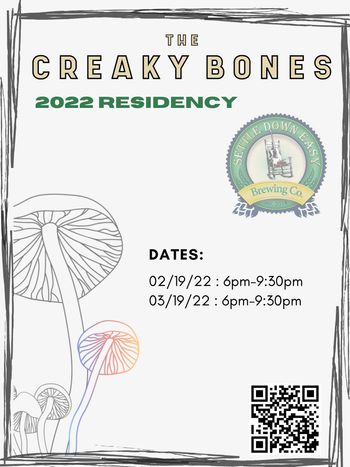 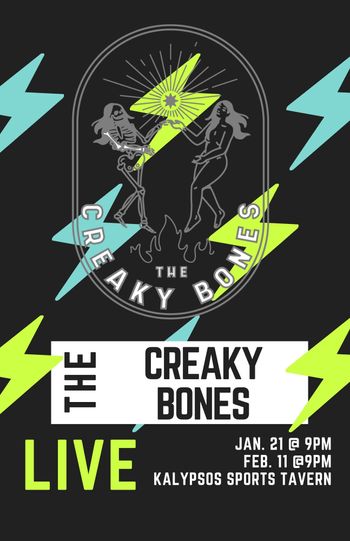